Me Smiling by Kelly Leonard

This is the only photo of me as a child that shows me smiling. 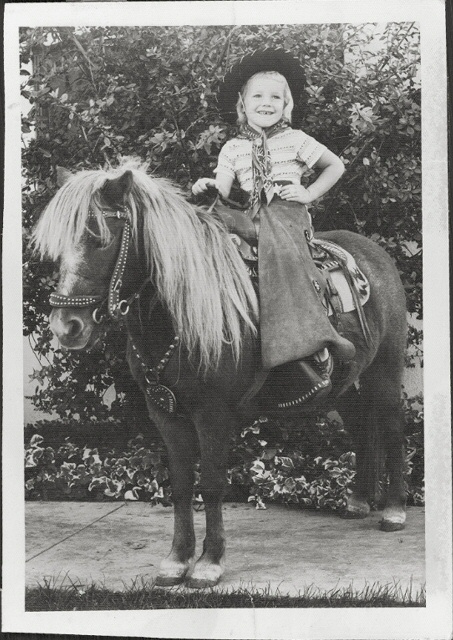 When the photographer showed up at our door with a pony, I thought my dreams had been answered. As I was lifted up into the saddle I pointed out that the stirrups were too long. When nobody responded I decided I would fix them later, for I thought the pony was being given to me. I love the smell of my new friend, I took note of the sound of the leather creaking as the pony shifted his weight. I remember noticing his mane was the same color as my hair. He stood quietly. I was busy smiling and smiling. After a few photos, the photographer lifted me down. As my pony was led away I began to cry. Even so, the little pony was led away. Clop, clop, clop down the road he was led. Going to continue his, his REAL job. Which was not to be a photo prop, but to bring magic into the lives of little children.

Zoe Livingston: I choose the latter. 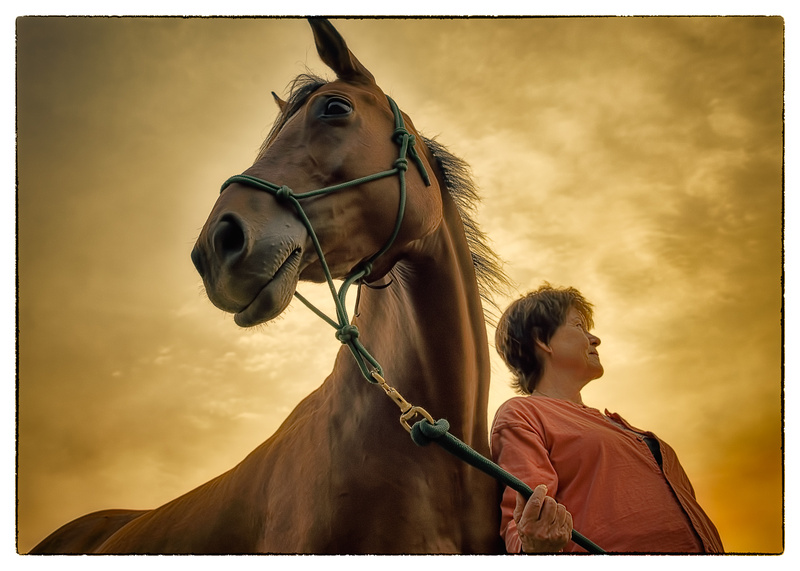